Announcing: Gifts of the Magi: A Speculative Fiction Anthology! 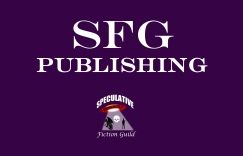 SFG Publishing, a newly formed publishing label of the Indianapolis based Speculative Fiction Guild, is proud to present its first-ever release: a holiday anthology with all proceeds benefiting Indy Reads, a not-for-profit organization that provides tutoring to illiterate and semi-literate adults.

The editors made a list of up-and-coming new voices that they loved to read, checked it twice, and started inviting. While some authors couldn’t do it, most of them offered an immediate and enthusiastic “yes”, and contributed some amazing stories.

In most cases, the editors requested stories set within an author’s series universe. Readers of fan favorite series can return to familiar settings and characters, such as the Coyote Series by Chantal Noordeloos and the Clockwork Republics tales by Katina French. NYT and USA Today Bestseller Debra Holland also revisited the fantasy world of her Gods’ Dream Trilogy, and the anthology editors have each contributed a new story from their ongoing series.
—-

Stories for Christmas– authors for the New Year!

Find within this magical tome 14 NEW original holiday-themed stories of fantasy, horror and science fiction by a talented group of authors–plus one holiday essay. The tales from our Magi vary from the light and satirical to the dark and serious, and we’ve shuffled the deck to keep you guessing.

100% of all proceeds from this book benefit Indy Reads Books.

Gifts of the Magi: a Speculative Holiday Collection will be sold at Indy Reads Books.

Kindle Ebook is now live on Amazon. Click here!
*Paperbacks now available thru CreateSpace. Click here!
The paperback will be available for purchase on Amazon later this week! Watch for an update to this announcement.
——-
* NOTE: Paperback orders through CreateSpace will maximize the per-book donation to Indy Reads.

Mark your Calendars: Book signing Thursday, December 4, 5:30-7 pm. Several authors featured in Gifts of the Magi will be at Indy Reads Books at 911 Massachusetts Avenue, Indianapolis, IN 46202. 317-384-1496. Along with the anthology, many authors will bring copies of their individual titles for sale.
_______

Indy Reads is a not-fo 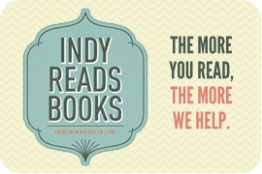 r-profit organization that relies on volunteers to provide basic literacy tutoring to illiterate and semi-literate adults. . “Our mission is to promote and improve the literacy of adults and families in Central Indiana. We believe that everyone should have an opportunity to learn to read, and our goal is to make Indianapolis 100% literate. Our programs include one-on-one tutoring, small group sessions, English as a Second Language instruction, and ‘Literacy Labs’ at neighborhood centers.” Indy Reads operates a bookstore in downtown Indianapolis. Learn more at www.Indyreads.org.