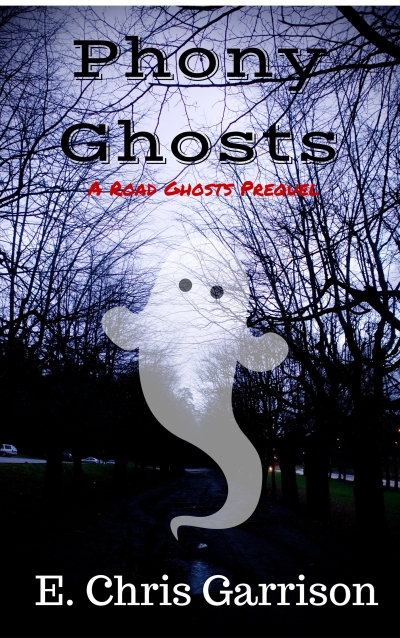 Before Road Ghosts – They were afraid of nothing, and that’s just what they found!

That’s right, Road Ghosts fans! I’m starting a new paranormal adventure, this time toning the horror-lite down several notches, to bring you PHONY GHOSTS, the story of Brett and Lizzie hunting ghosts the old fashioned way, by hanging out in moldy basements, abandoned cemeteries, and even in the homes of crackpots, meticulously going over hundreds of hours of audio and video recordings. Will the next photo contain dust, or questionable evidence!?!?! Set back in the days when haunted locations could be visited for free, this early 2000’s throwback is sure to excite the same paranormal investigation purists who loved the first season episodes of SYFY’s GHOST HUNTERS where Jason and Grant found absolutely no evidence of hauntings whatsoever! It’s the new ULTIMATE GHOST HUNTING REALISM genre that is sweeping the world of paranormal fiction!

APRIL FOOL! Yeah even I dozed off during that description. BUT I would like to take this opportunity to tell you that I AM launching the Road Ghosts spinoff series Tipsy Fairy Tales with the grand re-release of Blue Spirit, scheduled for late this month!!!

And fear not, Whiteboard Wednesday will return next week!