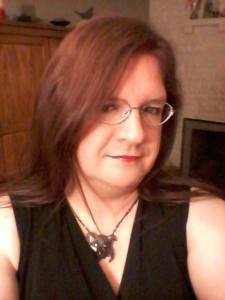 Tomorrow, November 20th, is Transgender Day Of Remembrance, a day that transgender people like me, and our friends and allies, remember the transfolks who were killed in the past year. I know, you’re saying to yourself, “wow, that’s a bummer of a holiday” and it really is tragic beyond my capacity to deal with sometimes. But those deaths are senseless and born in hatred, and this is one way to combat that, by NOT sweeping it under the rug, by being visible instead of hiding.

I first posted about this on Facebook a couple years ago, when I could no longer be silent. I posted to about 50 people I had in an “in the know” filter, a safe way to talk about being trans and to raise awareness. But then I thought, I should add others. That list tripled in short time, and by the next year, it was almost half my friends list. Then, in the springtime, I came out to the public, because it was so freeing not to have to watch who found out what, to no longer worry about pictures being taken and posted, and to stop having to maintain a firewall between my true self and co-workers and people I didn’t know.

It’s easier being public, believe me.

Anyway, if you have anything purple to wear, and want to show support tomorrow, you could do like you would if your favorite sports team was playing and wear purple for me, and if anyone asks, say you’re doing it in memory the hundreds of transgender people who were killed this year. Because you know at least one trans person, and I hope I’m a positive ambassador.

Please, if there’s anything you want to know, don’t be afraid to ask, I am putting myself out here for this very reason.

And if you think that this isn’t something that affects you, that it couldn’t happen here, well, here are two trans women who were killed right here in Indianapolis, one less than a month ago:

Author. Brewer. Gamer. Geek. Trans.
View all posts by ecgarrison →
This entry was posted in Blog, Personal and tagged me, tdor, transgender. Bookmark the permalink.

2 Responses to Transgender Day of Remembrance 2014