It’s here! If you pre-ordered the ebook, you should have it on your Kindle or Nook right now! You may also buy the paperback starting today. I will also be debuting the book in person at InConJunction science fiction convention here in Indianapolis Friday-Sunday July 1-3. I am SO proud of this book. If you didn’t know, it is the sequel to Blue Spirit, and it’s set here in Indianapolis, at Big Con, an (totally fictional) enormous geek/game convention. Plus there’s trolls and zombies and Machiavellian fairy folk in the mix. Plus Gonzo and Frannie from my Road Ghosts. And don’t forget the Wonder Booze.

Here is the official announcement from Seventh Star Press: 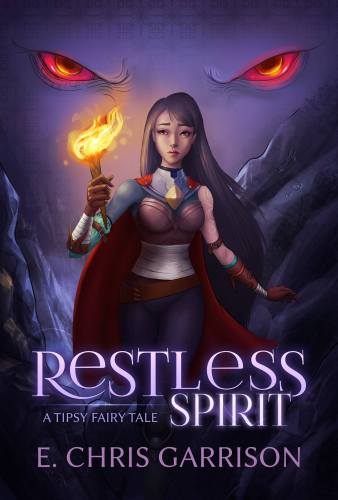 When Skye McLeod is asked by her pal Phil Jenson if she wants to cosplay at his game company’s booth during Big Con Weekend—and get paid for it—she jumps at the chance. Besides, Skye’s hit a rocky patch with her girlfriend Annabelle, who wants her to stop drinking and act more responsibly.

Then Skye gets a call from paranormal detective Rebecca Burton for another job; something big is going on at the convention, and she needs Skye to be her eyes and ears there. So now Skye’s getting paid to have fun—twice!

Then The Night Duke, a creep from Skye’s live role playing days, shows up and uses some weird mojo, seemingly turning pretend zombies into real ones. After barely escaping an attack, Skye learns the fairies and trolls within the magical realm are getting restless, and her old friend, the Transit King, is in the middle of it.

Skye decides to once again enlist the aid of her fairy companion “Minnie.” For Skye to enter the magic realm, she needs to get tipsy. Then she’ll just have to control the powers within her and contain the outside forces that threaten to spin into chaos. How can she possibly screw this up?